They will be airdropping 1,000,000 $KEYFI tokens to their community as part of their efforts to fully decentralize KeyFi and launch KeyFi DAO. That’s a whooping 10% of total supply and around US$1.2 million depending on the current token price!

The airdrop’s Snapshot Day is December 9, 2021, and the deadline to hold and stake $KEYFI (ERC20) is that day. (It’s also KeyFi’s first birthday!)

What if I already own the $KEYFI token in BSC form?

Don’t be concerned! You won’t have to sell it to get the ERC20 token because there will be an ETH-BSC bridge that will allow you to stake your BSC $KEYFI on the Ethereum side before the snapshot on December 9th. Subscribe to the KeyFi News Telegram channel to be notified when the bridge is operational.

Step 2: Stake it on their app

Connect to the KeyFi app  and stake $KEYFI (ERC20) on the Earn page once you have it in your wallet. To be eligible for the airdrop, your $KEYFI must be staked by December 9th Snapshot Day.

On December 9, 2021, they will manually take a snapshot of your staked $KEYFI (ERC20). Stay staked after the snapshot until the Claim Period begins on January 9th.

To qualify for the airdrop, you must stake 100% of your staked $KEYFI on January 9th, according to their snapshot.

You’ll continue to get KEYFI rewards, obtain access to the KeyFi Pro private beta, and avoid being disqualified for the airdrop when the Claim Period begins between December 9th and January 9th.

On January 9th, they will begin airdropping $KEYFI for you to claim. Before you select “Claim Rewards,” you’ll be able to see your airdropped $KEYFI in the KeyFi app > Earn page

You must have 100% of your $KEYFI staked on this date once more. You will not receive the airdrop if you do not stake the full amount of $KEYFI from the December 9th snapshot.

How many KEYFIs will I receive from the airdrop?

You’ll get KEYFI in proportion to the total KEYFI staked. It’s easy to figure out how much of the total staked KEYFI you hold (at the start of the Claim Period). You’ll get that percentage of the whole KEYFI pool of 1,000,000.

Unfortunately, predicting how many staked KEYFI will be on January 9th is impossible.

Is the airdrop only for stakers of $KEYFI’s ERC20 version?

Yes, because that’s the location of the large community wallet, which they’re distributing and decentralizing. Don’t sell your BSC token if you own the #BSC version of $KEYFI because you’ll be able to bridge it to the ETH network.

When will the ETH-BSC bridge be available?

They plan to release the bridge in a week or so, assuming there are no technical issues. They are in the process of injecting liquidity into the bridge, which is ready to go. Subscribe to the KeyFi News Telegram channel to be notified when the bridge goes live.

The KEYFI-USDC and KEYFI-ETH pools have liquidity from me. Do I meet the requirements?

Staking LP tokens, also known as providing liquidity, disqualifies you from the airdrop. The airdrop to $KEYFI stakers will be most beneficial to $KEYFI after careful consideration and appreciation for the liquidity providers. If you’re currently providing liquidity, you can take some of it away to stake the ERC20 KEYFI token before the snapshot on December 9th.

What is the purpose of distributing the community wallet?

This distribution is unavoidable, but it is being accelerated to create a more distributed and decentralized project, ensure development (e.g. bridges), rewards, and marketing functionality, and provide reassurance to new holders when looking at wallet balance distribution. More information can be found here.

Between Snapshot Day and Claim Period, what should I do with my staked KEYFI?

Simply maintain it staked between December 9th (snapshot day) and January 9th (claim day) to continue getting ordinary KEYFI benefits, gain access to KeyFi Pro private beta, and ensure that 100% of your snapshot assets are still staked by the Claim Period. 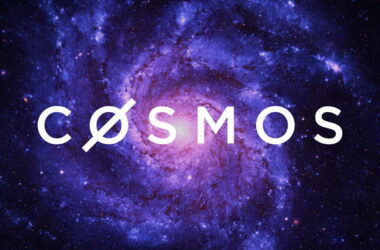